The mystery of Stonehenge revealed! 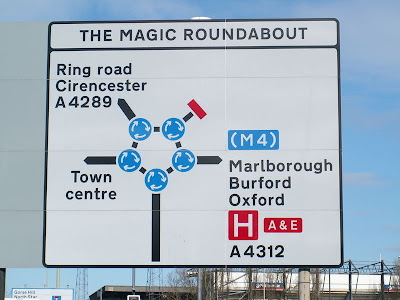 We can rest easy now that we know what Stonehenge was all about. According to Rosemary Hill, it started Britain down the path to the roundabout:

But however it was seen, the circus, as a piece of planning, was a new creation. Others followed in London, beginning with George Dance's St. George's Circus in Southwark, then Oxford Circus, Piccadilly and more in Exeter, Edinburgh and elsewhere, until it devolved at last over time into that favourite piece of British traffic planning, the roundabout.

So that's the enduring legacy of Stonehenge.
Posted by Unknown at Thursday, March 04, 2010