Celebrating Transit for Others

Light rail is in the news this week because of the opening of the Twin Cities' Green Line. I noticed this ribbon cutting picture in the Star Tribune's coverage: 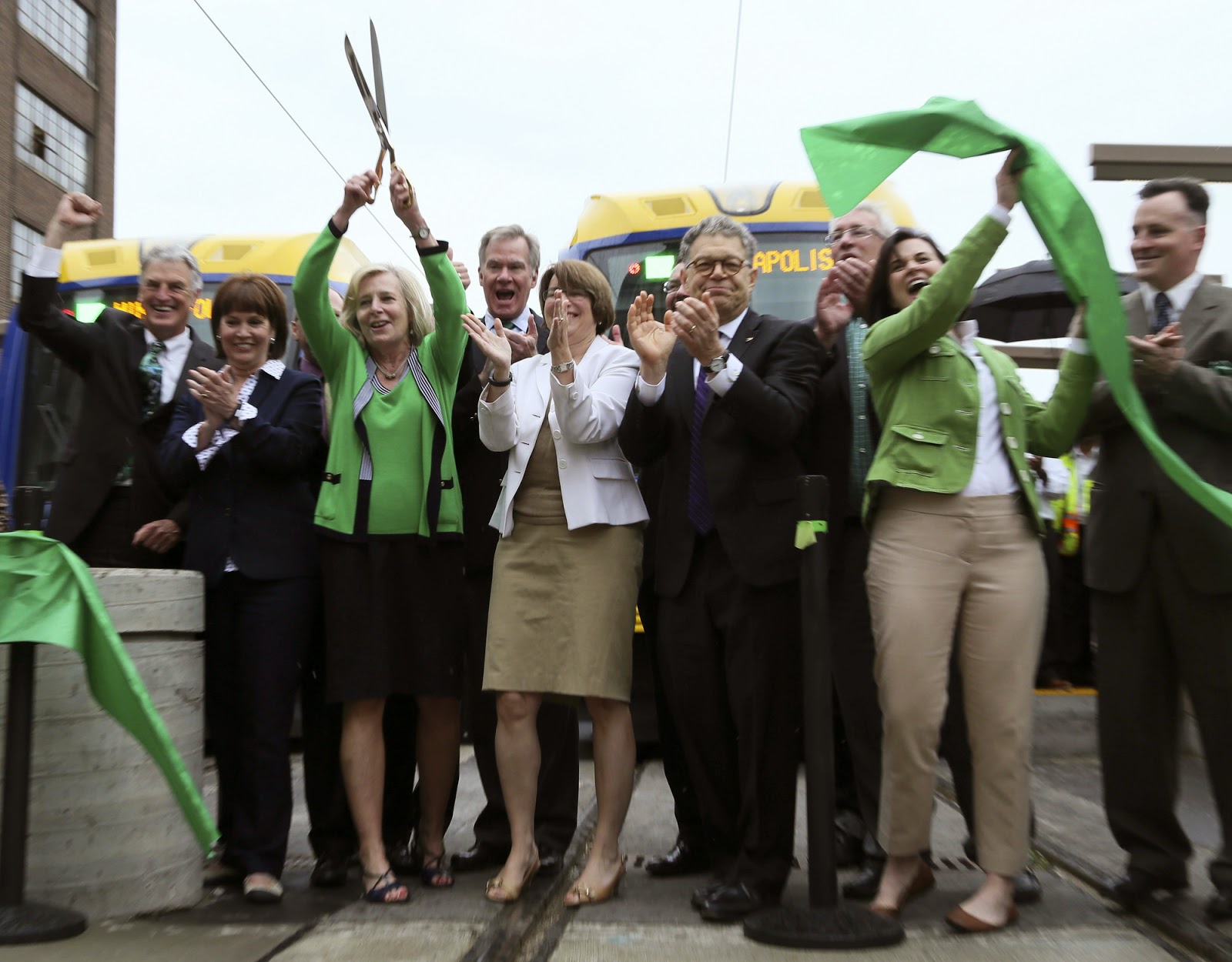 I noticed that the people taking credit for the new line (which is what a ribbon cutting photo-op is for) are excited white people. They are not representative of transit ridership by any stretch. So I looked for other recent light rail line openings. Here is the Houston Red Line from a few months ago: 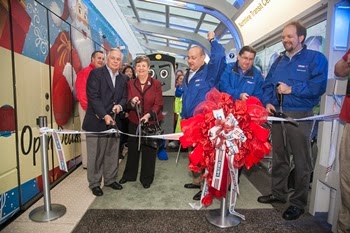 From Phoenix, Arizona a while back: 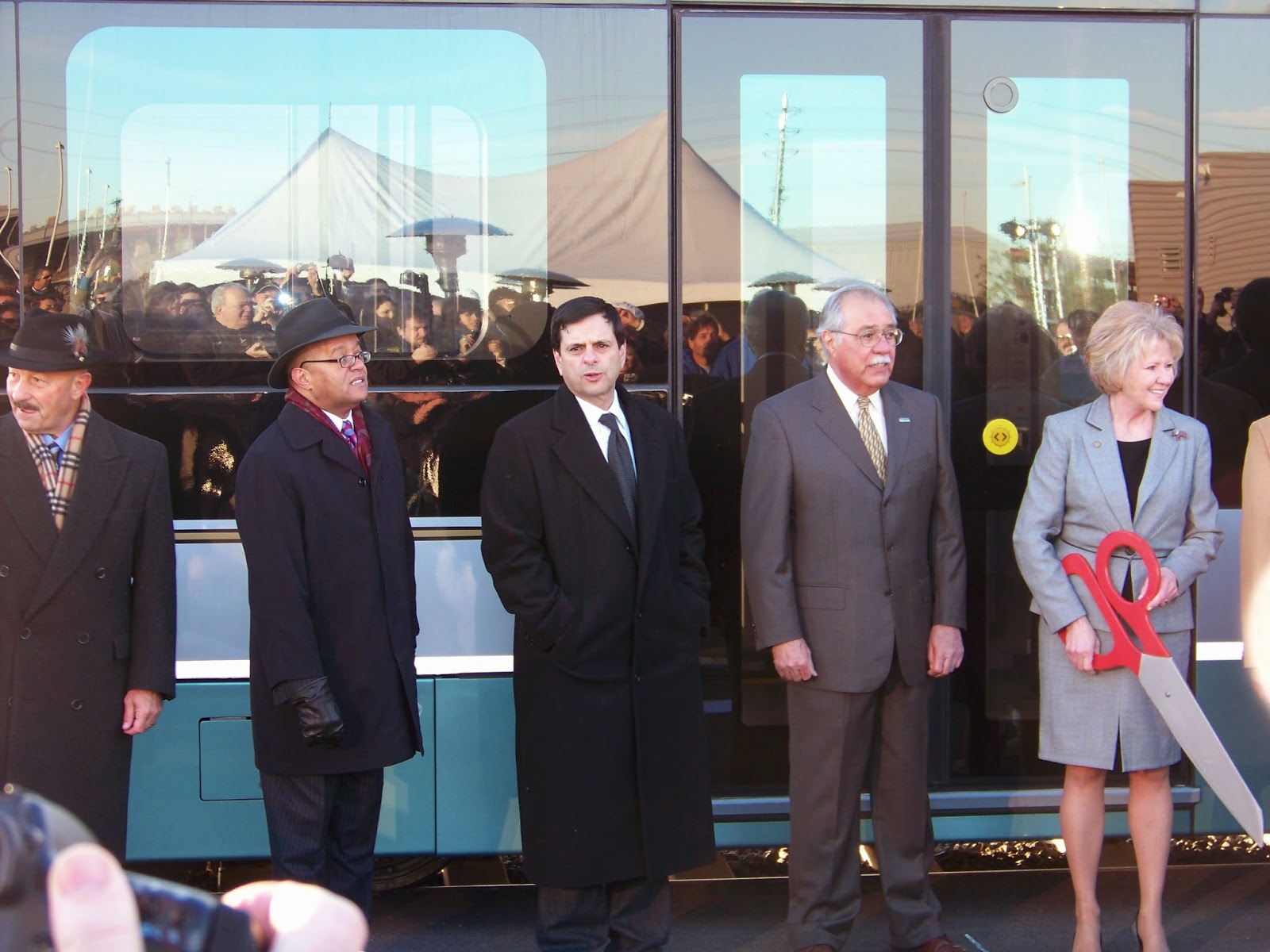 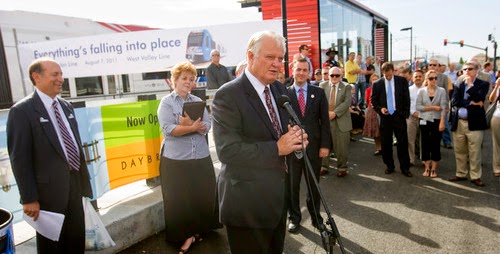 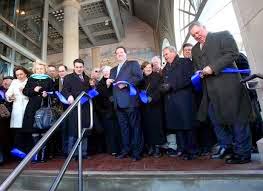 They celebrated Dallas's DART with cake: 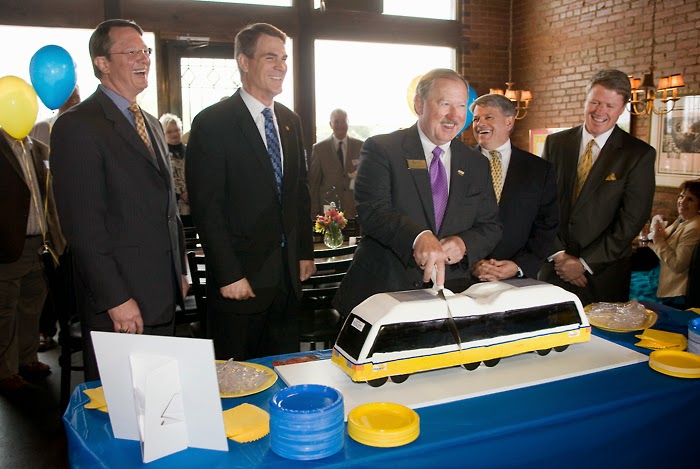 And then (because they were full of cake?) the guys celebrating DART made the train drive through the ribbon: 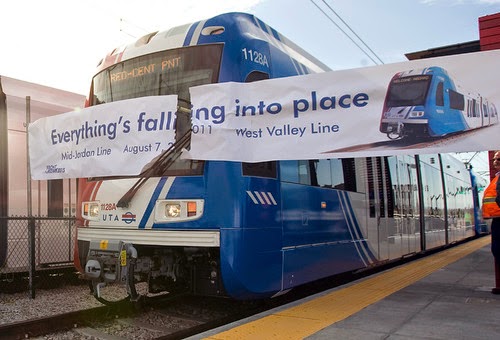 These are not systematically chosen photos. They are just the first few I could find through Google that were confirmed recent light rail openings.

Perhaps it doesn't matter than those taking credit for new transit systems are very different from the riders who rely on the systems daily. It certainly isn't a very diverse group taking credit. I suspect it does matter, however. Here is a chart from Tom Sanchez's work on equity analysis of transportation funding (also see Moving to Equity, on which he was lead author):

The takeaway is not that all transit or transport decisions should be made by key users. Rather, the decision making and credit taking people are much more likely to be white (and wealthier) than the typical user. In terms of transit, few of those cutting ribbons are even regular transit users. Perhaps if the entire planning process reflected the communities being planned than the current public process could be reconsidered. It would at least be nice to have the communities who are supposedly benefiting from these new investments share the stage and enthusiasm with the ribbon cutters. Transport planning, especially transit planning, is not something that should be done unto others.