How Many are a Flock? Evidence from Los Angeles

The Los Angeles Daily News reports that San Fernando Valley residents are "flocking" to the new Expo rail line. Here is the story. (LA Observed picked up the story here.) Here is the opening paragraph:


The dozen riders aboard the Expo Line train car early Wednesday morning used the quiet morning commute in different ways: fiddling with phones, playing video games, or reading a book. All were strangers, but a handful on the train were neighbors, of sorts.

Are a dozen riders a "flock"?  The Daily News thinks so. Here is the third paragraph:


Turns out, San Fernando Valley commuters are flocking to the new Expo Line.

Here is a photo of the flock: 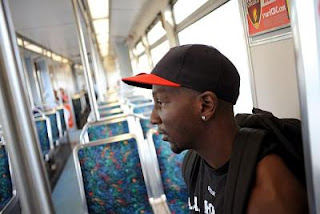 Not to pick on the Daily News, but that is a photo of one dude on an empty train. That's not exactly photographic evidence that the service is popular with anyone, yet alone Valley residents.

Here is the photo from the LA Observed story: 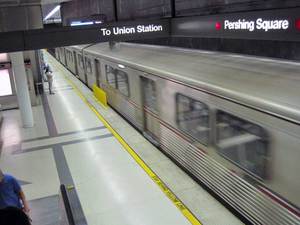 I know that lots of people ride transit in Los Angeles, even if some trains might underperform a bit. I don't think transit in LA is done any favors by featuring pictures of empty stations and trains as part of stories that LA transit is really popular. Where are the people?
Posted by Unknown at Monday, July 16, 2012